Looking for some place different for a walk in fresh air while we wait out the pandemic! How about a drive to visit the Sheriff Douglass monument. In a serene setting just past 15934 Airport Rd, you’ll find a monument to Nevada County Sheriff David Fulton Douglass. 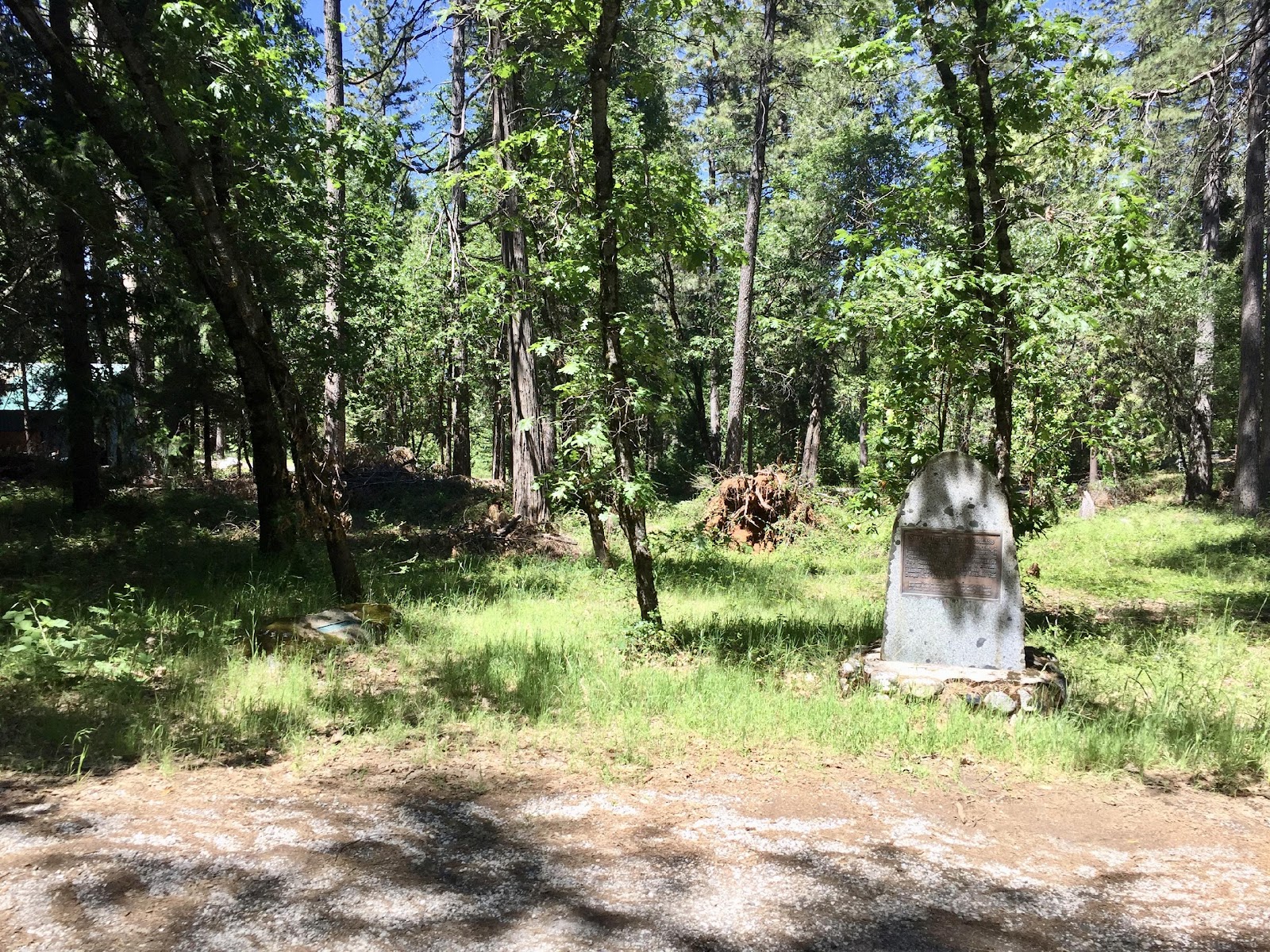 Douglass was elected sheriff in 1893. In early 1896, there had been a series of robberies on roads around Nevada City. Learning that footprints had been seen at a spring about a mile north of town, he began tracking them. On July 26, he caught up with the highwaymen. He and one of the bandits died in a gun fight at this spot. Sheriff Douglass was killed by the highwayman’s partner, who got away and many years later confessed. A nearby plaque identifies the spot where the dead bandit lay.

Sheriff Douglass was 38, and was survived by his wife, child and parents. He is buried in Pine Grove Cemetery.

The monument is about 3/4 m. from the junction of Airport and Lake Vera Rds, in Nevada City. After about 2/3 m., you’ll pass a communications tower on the left. About 100 yards later, you’ll see some mailboxes on the right, including 15934. The monument is on the right in a graveled area about 75 yards past the mailboxes.  You can enjoy a pleasant hike looking at the wildflowers and pine and cedar forest along Airport Rd.

What’s In a Name: Hirschman’s Pond

What’s in a Name

An Evening With Ellen Video